NOEX's assets in the Gulf of Mexico in USA range from those in continental shelf locations (less than 200 meters in depth) to deep water areas (more than 200 meters in depth) as well as onshore developments in Texas. In 2014 we launched the CO2-EOR (Enhanced Oil Recovery) project as a joint venture with NRG Energy Inc, one of the leading electricity producers in USA. The project involves the capture of CO2 in the flue gas from a coal-fired power plant in Texas, and the injection of the CO2 into an oil field to boost production.

US Gulf of Mexico: Small-Scale Commercialization

As a result of extensive exploration and development since the 1940s, many oil and gas discoveries have been made in the Gulf of Mexico. The infrastructure for processing and transporting produced oil and gas is therefore in place and readily available, along with a comprehensive and stable legal system. Taking advantage of these conditions, even oil and gas fields with relatively marginal reserves can be commercially developed in the area.

This epoch-making project will be able to vitalize legacy oil fields and to produce a significant amount of oil, while reducing the footprint to the global environment at the same time.
The carbon capture system of this project is the world's largest post-combustion carbon capture facility on an existing coal plant. 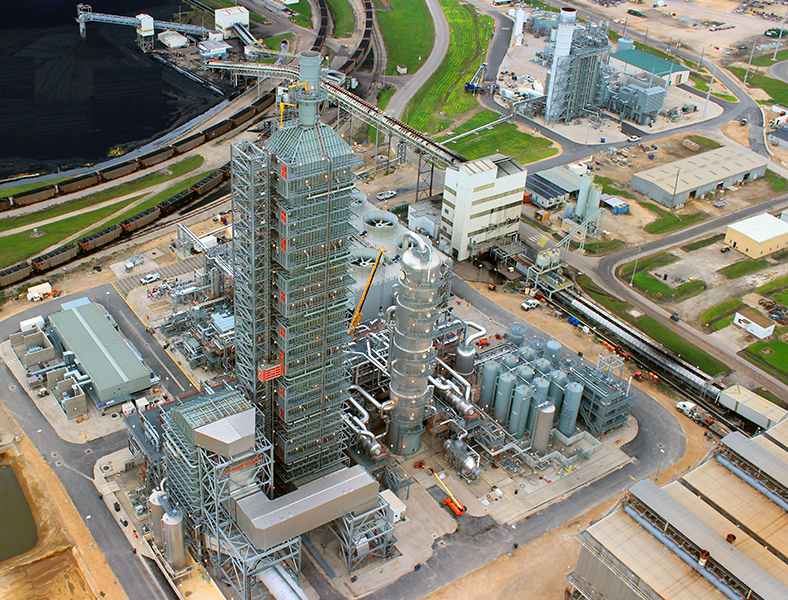 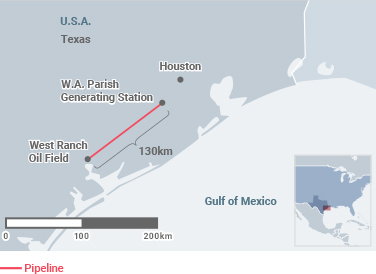